The social transition refers to aspects of transitioning that involve social, cosmetic and legal changes. A social transition is an entirely valid way for a person to move to an expression of gender identity that matches or resembles their true one.

The decision to change your body in order to feel right in your own skin takes courage and is not for the faint hearted. Some trans/non-binary (NB) people opt for a medical transition, with all the pain and recovery that entails. Despite what mainstream media would have us believe, this is a lengthy and complicated process. This article is focused on a different kind of transition however, the social one. It has its own waiting times, consultations and ‘recovery periods’.

The social transitioning process refers to aspects of transitioning that involve social, cosmetic and legal changes. A social transition is an entirely valid way for a person to move to an expression of gender identity that matches or resembles their true one. Four elements that are typically part of this process are;

As a trans/NB person embarks on the social transitioning process, their appearance may shift significantly. This can happen over a period of time or quite suddenly but, undoubtedly, after a lengthy period of contemplation. For some, prior to such changes they may well have had a cisgender passing presentation, along with the assumed accompanying pronouns. These changes may be evident in hairstyle, clothing choices, accessories and use of makeup. Many experience a great deal of relief and a sense of euphoria with these changes, known as gender euphoria, when they begin to see how they feel inside reflected in their appearance.

What often gets missed is how many trans/NB people are also emotionally and physically vulnerable during this process. This is where allies stepping up support can provide an invaluable safety net.


However, what often gets missed is how many trans/NB people are also emotionally and physically vulnerable during this process. This is where allies stepping up support can provide an invaluable safety net. The outward changes are comparable to carrying a billboard naming your most vulnerable issue to the world on your front and back. The world looks on, perplexed by the changes, whilst the person is at their most vulnerable, under its intense gaze and scrutiny. It is a choice of course, one of those ‘no choice’ kind of choices! 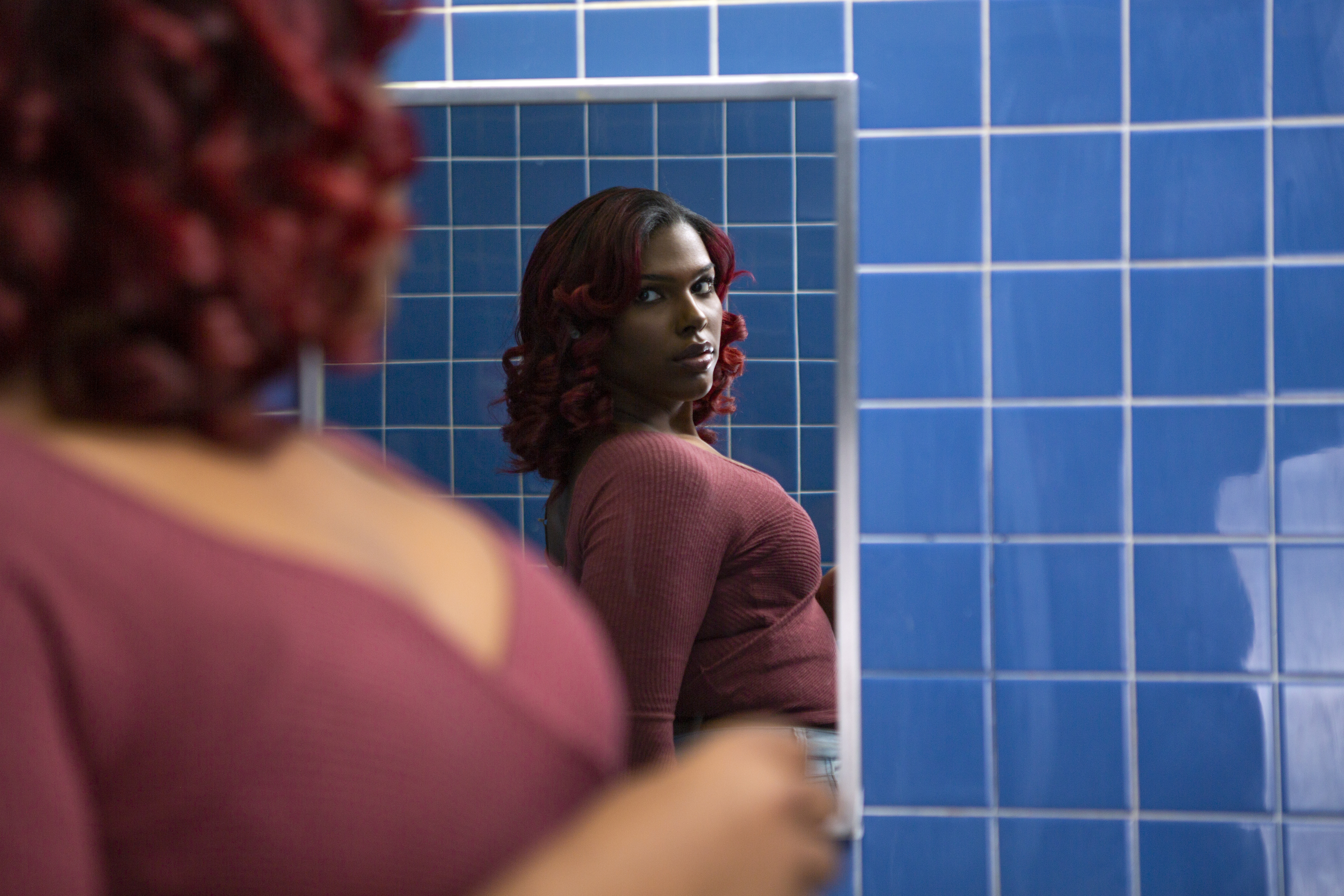 Photo by Zachary Drucker for The Gender Spectrum Collection

The angst, pain and discomfort of gender dysphoria often produces a compelling pressure cooker situation that compels trans/NB to make these changes. This inner conflict can lead to many trans/NB experiencing high levels of fear and shame due to internalised homophobia and transphobia. It requires a great deal of support for the trans/NB person to navigate these emotions, whilst maintaining their wellbeing. Having a well-informed LGBTQ therapist in your support team, to assist you through this process, can be crucial. Changes to outward appearance can also compromise physical safety and this exposure can contribute greatly to emotional distress and mental health issues.

The ‘waiting times’ spent considering what can, to others, feel like a drastic course of action, vary for those transitioning socially. For some it takes months, for others years, for others still, decades. Eventually the person society has assumed to be one gender, gradually evolves into a more non-binary expression or, quite often, the other gender’s binary expression, to align with their true gender identity.

Often, though not always, trans/NB people will adopt a new name or variation of their birth name. This is a highly personal process and it takes great courage for trans/NB people to announce to the world that they now want to be addressed by a different name of their choice.

It would be lovely if our society honoured people’s chosen names as a rite of passage so we can decide if our birth names fit the identities we evolve into.

In society’s eyes, this is a bold request to make and can elicit a variety of responses. Some will get on board and celebrate your name choice, others will sadly weaponize the birth name as an act of prejudice. Most will try really hard to remember and occasionally genuinely slip up, which is understandable when it's new. While some will simply refuse to use either name at all to address you.

It would be lovely if our society honoured people’s chosen names as a rite of passage so we can decide if our birth names fit the identities we evolve into. As trans/NB people we are trailblazers in the painstaking process of finding a name that fits who we are, as we shed our birth names (often called deadnames) in favour of our chosen names. I wonder what we could learn from that process as a society and how all people may benefit from that, whether they be cis gendered or trans/NB? 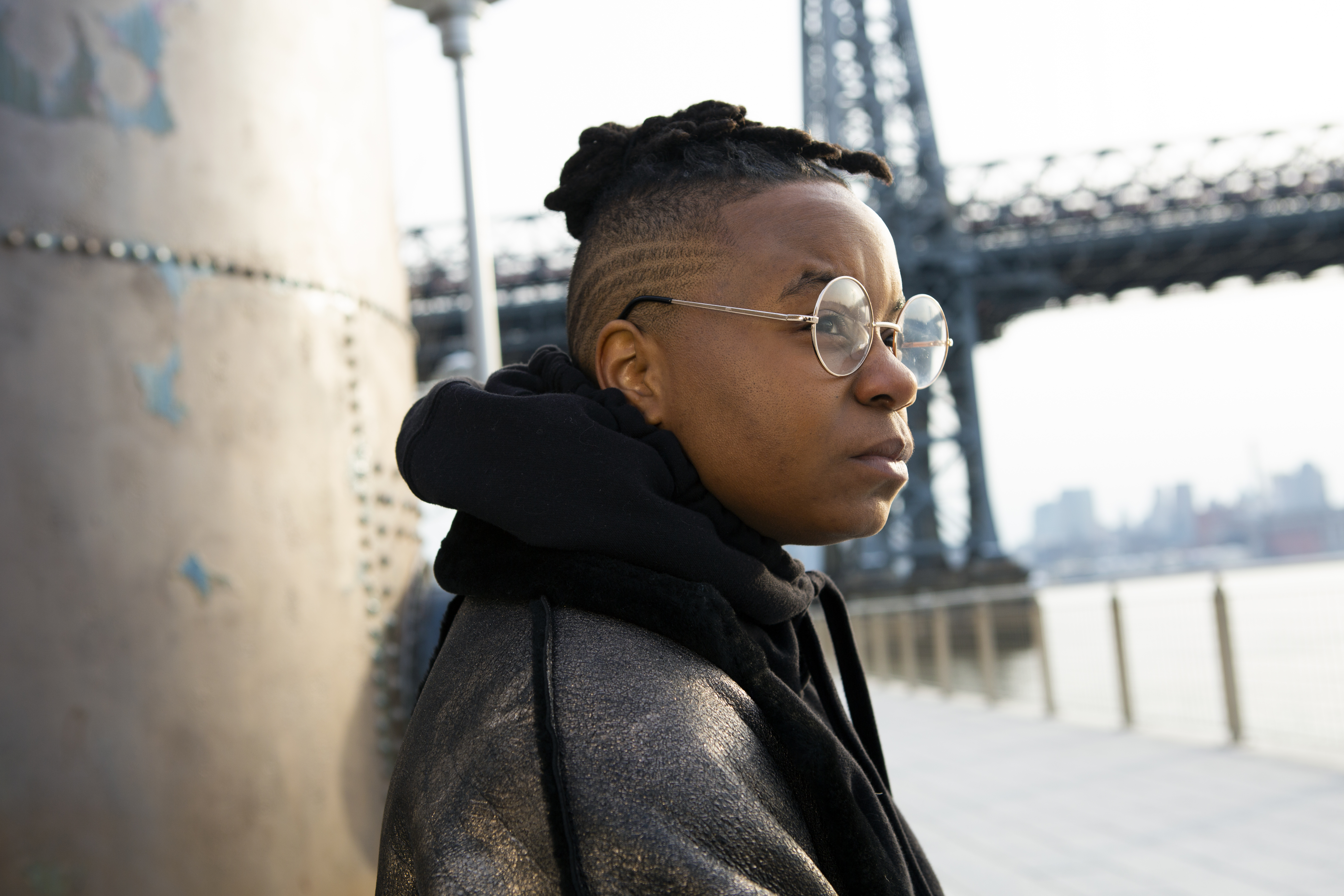 Photo by Zachary Drucker for The Gender Spectrum Collection

There is a legal process involved in order to make name changes official, with some differences depending on national laws and structures. In the UK, this can involve a statutory declaration in front of an official for a nominal fee. Or, more commonly, a deed poll application witnessed and signed for a nominal fee. The name change takes effect in a day or two and a certified copy of your deed poll arrives in your letterbox.

There’s still a plethora of admin to wade through beyond that point. Most institutions are familiar with surname changes, re-marriage, divorce and adoption, but are unfamiliar with first name changes. Herein lies another dimension of social transition discomfort. Head scratching with a quizzical expression is often the response to a first name change. Online or by phone the voice of the other person, can adopt almost an accusatory tone, implying identity theft or fraud.

The changes in appearance and a new name usually, though not always, lead to establishing new pronouns. Transgender/NB people establish their chosen pronouns during this social transitioning process, whether in the forms of “he” or “she,” or a non-binary pronoun such as “they”. Pronouns are a cause of much debate, the use of the singular “they”, perhaps being the most controversial.

People are learning that the singular ‘they’, like it or not, is an appropriate and valid pronoun to use

However, as a singular pronoun in its own right, "they" was recognised by the Merriam-Webster Dictionary as the word of the year in 2019. Moreover, high profile celebrities use of the singular ‘they’ as a pronoun has raised awareness immeasurably, despite the ongoing hostility evident in mainstream media. Nonetheless people are learning that the singular ‘they’, like it or not, is an appropriate and valid pronoun to use. The use of neo pronouns ze/hir/hirs & xe/xem/xyr is a step further on, perhaps one day we will see them in common usage, but that is probably some way off.

The use of public bathrooms

The use of public bathrooms and other gendered social spaces is a very controversial issue in mainstream cisgender and heterosexual society at the moment, generating much hostility and debate. This is peculiar as trans/NB people have been using public bathrooms that align with their gender identity for decades, with little to no consequences.

We don’t often hear about the situations and places where trans and cis people use the same spaces with no fanfare, protests or drama.

As the debate over how trans/NB-identifying folks use "cis" bathrooms and social spaces rages on, we don't often hear the positive side of the dialogue. We don’t often hear about the situations and places where trans and cis people use the same spaces with no fanfare, protests or drama.

It is heartening to see the "You Can Pee Next to Me" campaign gaining traction & support from high profile politicians such as Mhairi Black (SNP) MP. While in Washington State, USA you can find, tucked away in a very conventional looking grocery store, bathrooms encouraging everyone to use the one that best aligns with their gender identity (photo below). This is quiet progress in action! There are no security guards required, no policing at the doors, people are just trusted to self-assess and choose accordingly. 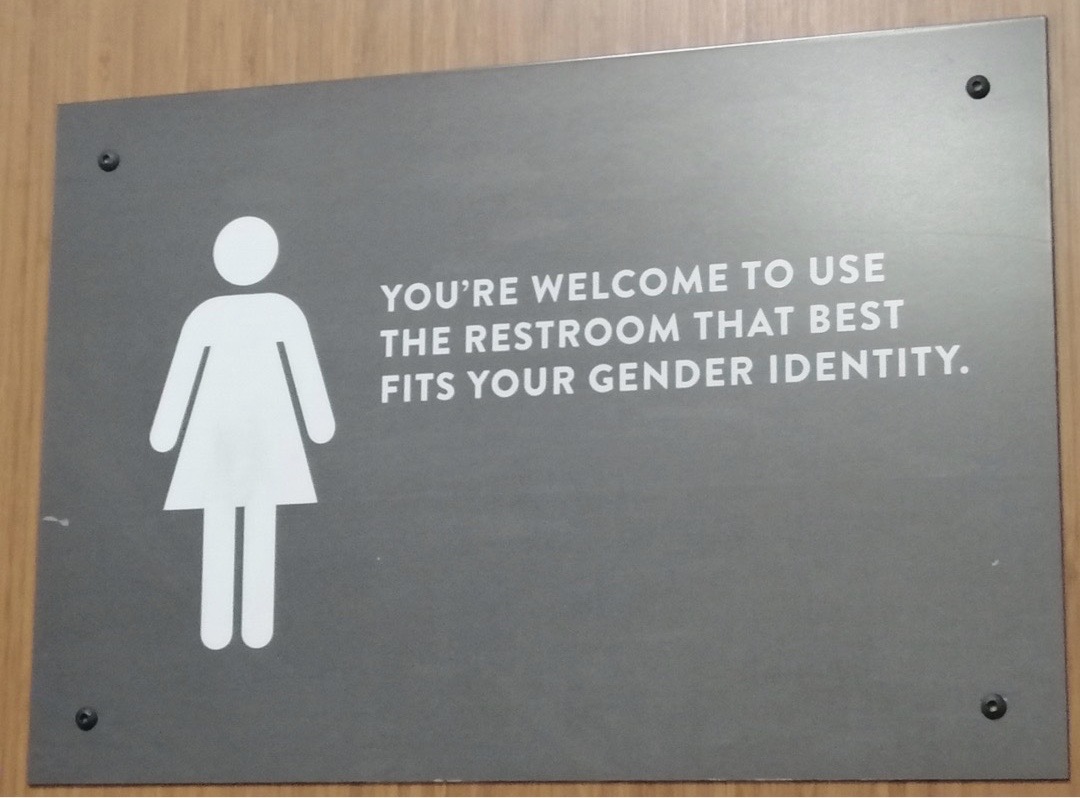 Photo by the author

This just works when society has the mindset of "allowing" trans/NB people to just exist. To take up the same amount of space as anyone else and get on with their day.

So there you go, a quick jaunt through some of the key stages that trans/NB people navigate throughout their social transitions.

If you have a loved one, family member, friend, colleague or even a boss going through this process, please remember this aphorism and ‘be kind, be an ally, you could be making all the difference in the world’. If you are a trans/NB person going through this process, please seek out a strong support network, an LGBTQ+ informed therapist, exercise lots of self-care and share and process your experiences in safe spaces. 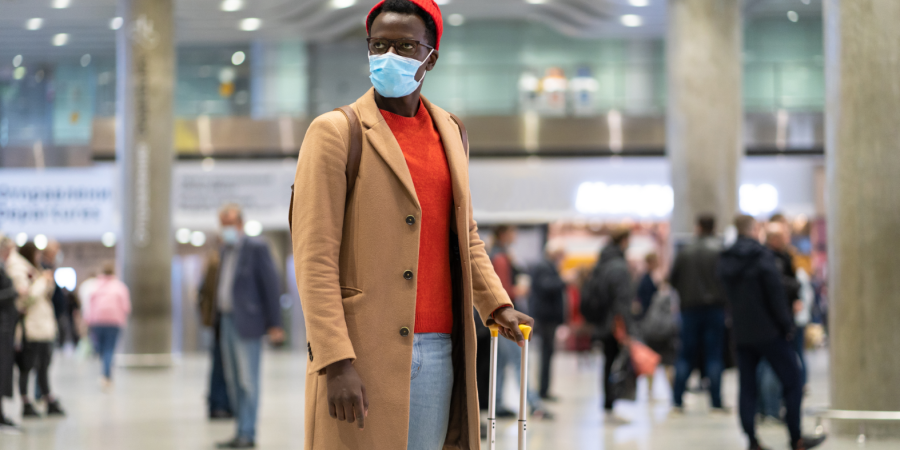 Estrangement in the strangest of times: The impact of family breakdown in the LGBTQ+ community 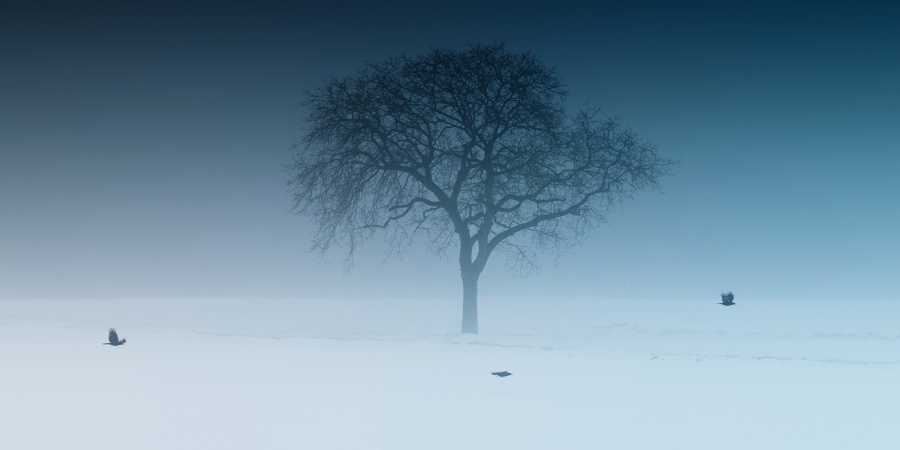 What is Depression, and what can you do about it? 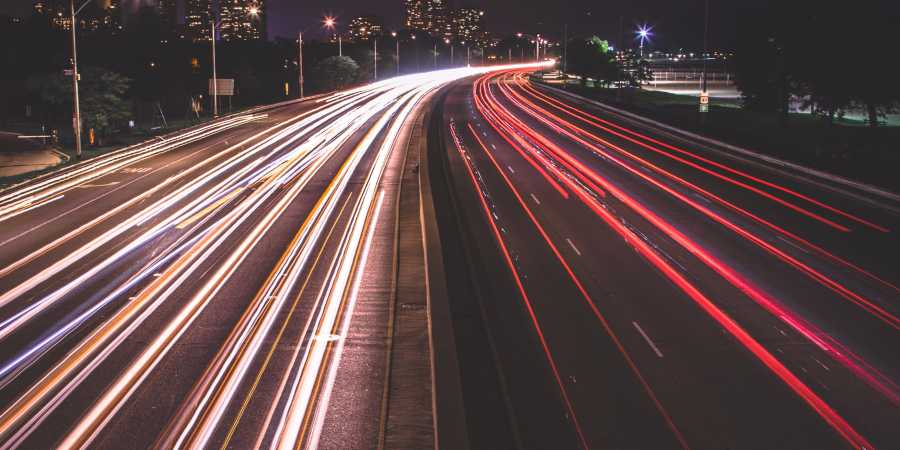 What is Stress, and what can you do about it?