The second article in a two-part series discussing the dismantling of the gender binary and its integration in the patriarchy. This article focuses on the importance of inclusivity of gender non-conformity in modern intersectional feminism.

The previous article in this series sought to discuss why the dismantling of the gender binary is of benefit to the vast majority of society. This article will explore how the gender binary is intrinsically linked to the patriarchy, and thus its deconstruction is a paving stone in moving towards gender equality.

In order to establish why the gender binary and patriarchy are so entwined, I present an anthropological theory of the origins of the patriarchy, travelling back to before the emergence of modern humans, around 3 million years ago and the discovery of fire. It is widely accepted that the discovery of fire, the ability to produce energy, was transformative in the development of humankind [1]. It enabled us to keep warm, and most crucially to cook food. In fact, it led to an entire shift in our subsistence mode, namely the way we foraged and ate. Whereas food had previously remained relatively dispersed during its consumption, with the invention of cooking came the accumulation of food, for it is far more efficient to cook multiple things at once [2]. In simple economic terms, with the accumulation of resources came the potential to monopolise them. The monopolisation of accumulated food was clearly the easiest for those early humans who were the largest and strongest, namely the males [3]. 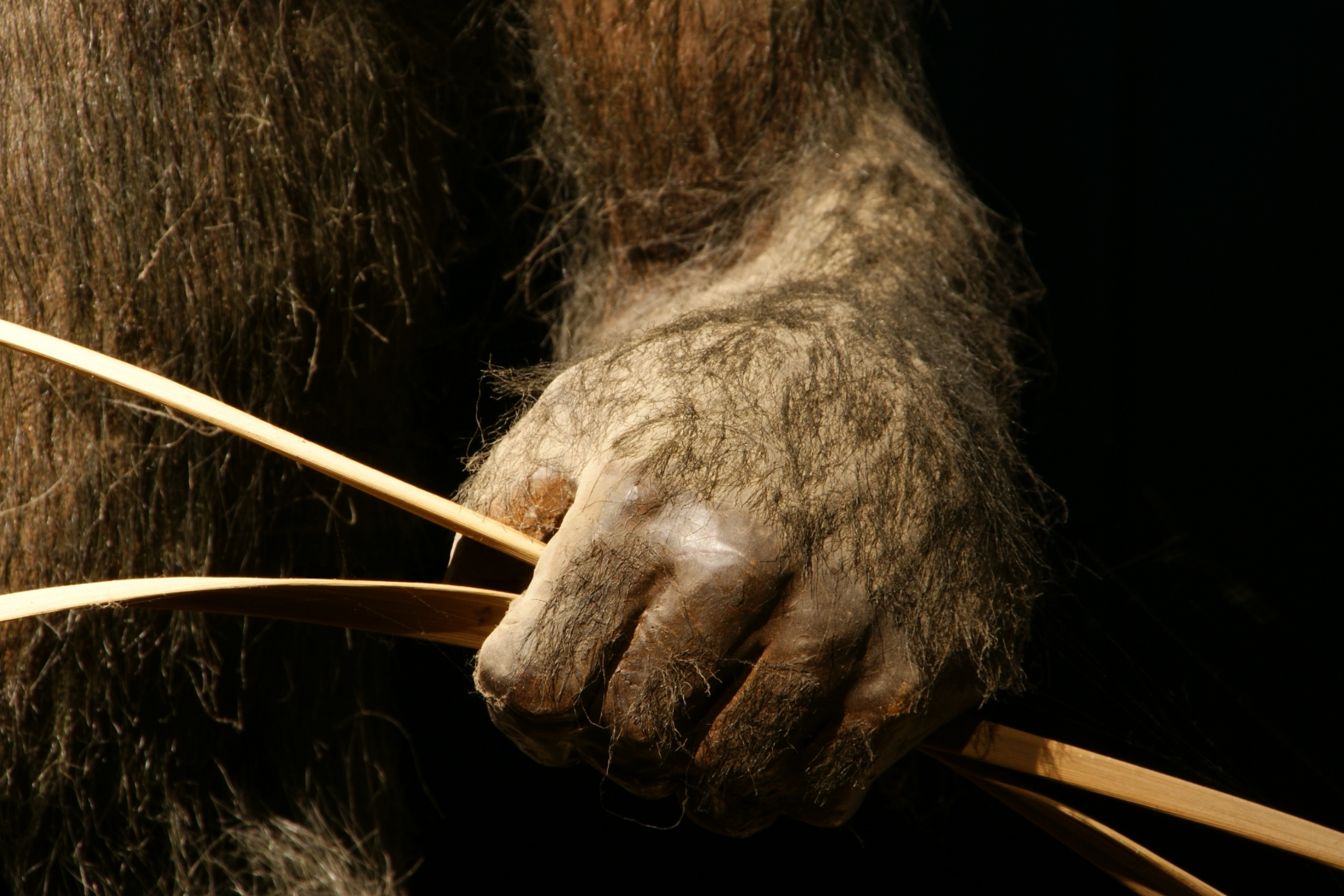 Through the animal kingdom, an arms race rages between males and females, a battle of reproductive prowess. On an essential level, animals exist to reproduce and thus an individual will take action throughout their lives to maximize such. For males and females, the factors that act to limit their potential reproduction are distinct. For males, it is access to females that dictates their reproductive potential, whereas for females it is access to resources. In Hrdy’s 1996 theory of the origins of the patriarchy, she hypothesised that pre human females were sexually promiscuous, thus threatening the male ability to guarantee their paternity of any given offspring [4]. As a response to this, males sought to control the very resources that restricted the females behaviour. As mentioned, due to the discovery of fire, this was now possible. Thus a system whereby males monopolised resources as a means of controlling female behaviour was established, forming the roots of patrilines and therefore the modern patriarchy. The patriarchy exists to control women for the benefit of men, it did 3 million years ago, and continues to do so now.

So how does this link to the gender binary? The social expectations and stereotypes that exist as a result of the gender binary predominantly surround reproduction, an example of which is women being  expected to stay at home and  raise children whilst men work and thus control the access to money and resources. There is of course no issue with an individual family having such a dynamic, however on a societal level these expectations inherently exist to promote male dominance [5]. The gender binary, built on essentialist concepts of sex, is the bio-cultural framework on which the patriarchy is built, you cannot have one without the other. The gender binary serves to both uphold and be upheld by the patriarchy. The breaking down of stereotypes and societal expectation is the first step in deconstructing the gender binary and the patriarchy, the aim encompassed by the rise of the gender equality movement we now would recognise as feminism. 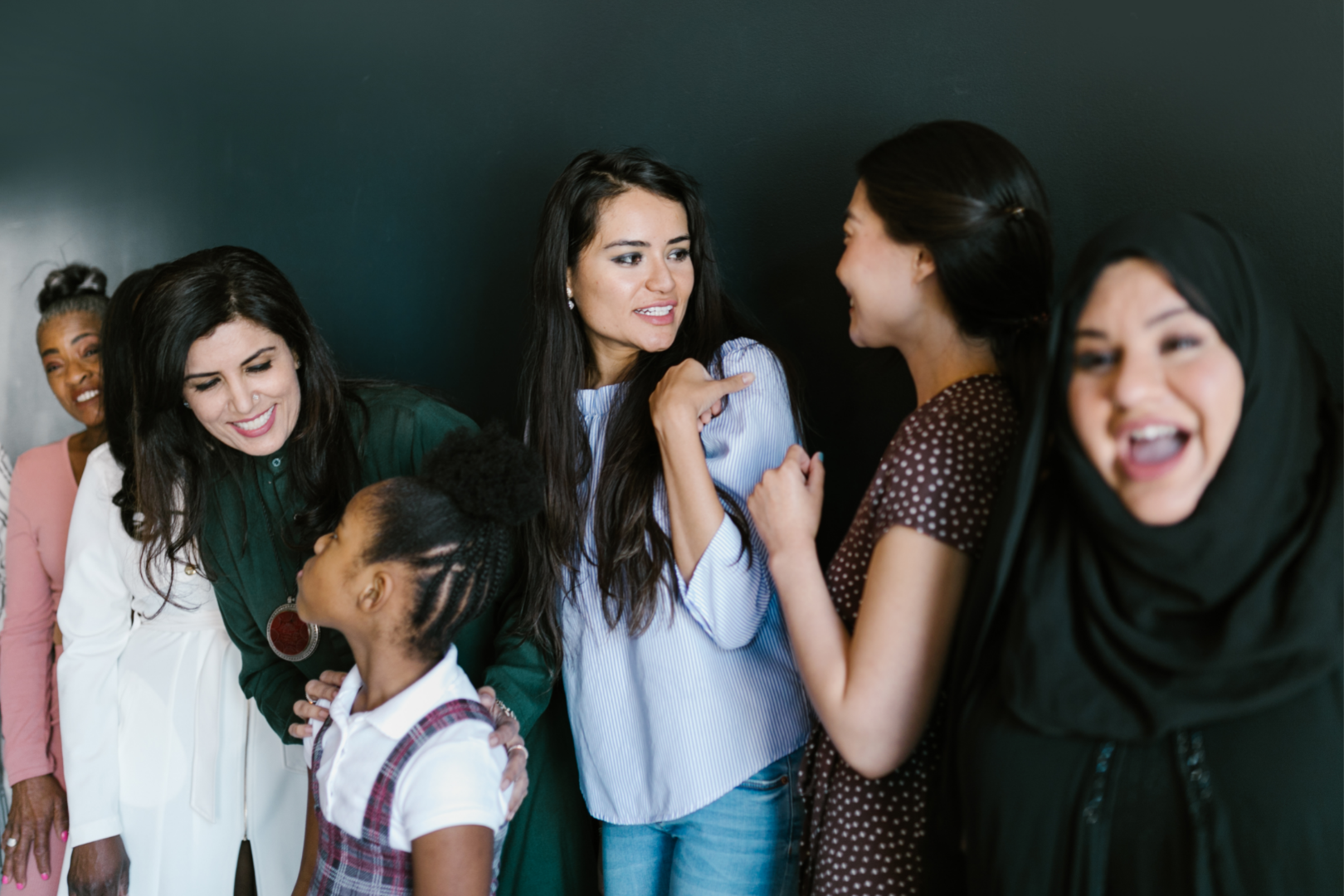 In early waves of feminism, the primary message encompassed empowering women and reclaiming the very definition of femininity from the clutches of men. This prompted women to consciously make decisions about what would make them happy in life, and thus lived their lives as they pleased, not due to the dictation of the patriarchy. At its time in the 20th and early 21st century, this was absolutely required as the first in a number of steps to revolutionising the way that society defined the previously iron clad roles of gender. However, since then, times have continued to change. As with any arms race, when one side escalates, the other must respond. As the patriarchy evolves, feminism, its definition and its actions, must continue to evolve alongside it. This is where the concept of intersectional feminism began its emergence. Intersectional feminism seeks to expand past the original principles of female empowerment, instead focusing on being anti-patriarchal in a number of forms, including the advocation for women of colour, disabled women and the LGBTQ+ community, particularly the role that gender nonconforming people play in challenging patriarchal ideals. However, there remains a subset of feminists, known as TERFS (Trans Exclusionary Radical Feminists) who consider trans women an invasion of women’s spaces and seek to maintain the traditional binary of biological men and women [6]. Generally, they perceive gender expression outside of the binary to be an attack on femininity itself, that it undermines everything feminism has previously fought for.

But transgender women are not the enemy, they are women and they are victims of the patriarchy, the fight is one and the same.

The main argument used by TERF’s for excluding trans women predominantly resides within the belief that trans women are not actually women but rather men who present outwardly as women. As a result, it is argued that they do not belong in protected spaces for women, and some even go as far to argue that trans women are a threat to cisgender women due to the fact that some may still have male external genitalia. Claims that trans women “fake” their womanhood in order to take sexual advantage of cisgender women are frequent among TERF rhetoric, and yet statistically events such as this are incredibly rare [7]. What is statistically true however is that nearly half of trans people have experienced sexual violence in their lifetimes [8]. It is also true that almost 1 in 3 women experience sexual violence at some point in their lives [9]. But transgender women are not the enemy, they are women and they are victims of the patriarchy, the fight is one and the same.

An interesting feature of the TERF agenda is the distinction that is made between trans women and trans men. Trans women are perceived as predators that inherently threaten femininity, whereas trans men are painted as lesbian women who are “opting out” of womanhood and instead want to occupy a heteronormative position in society [10]. The idea that gender is two distinct categories that people can “choose” to switch between is the basis of TERF rhetoric. For their brand of feminism to work, there must be women and there must be men. Men must oppress women, and women must resist this oppression. They have little to no interest in actually deconstructing the cultural frameworks that uphold the patriarchy, instead choosing the path of performative feminism, centred around a false protection of cisgender women. It is therefore of little surprise that non-binary people are often dismissed altogether by these radical feminists, as fundamentally they are living proof of the binary being obsolete. 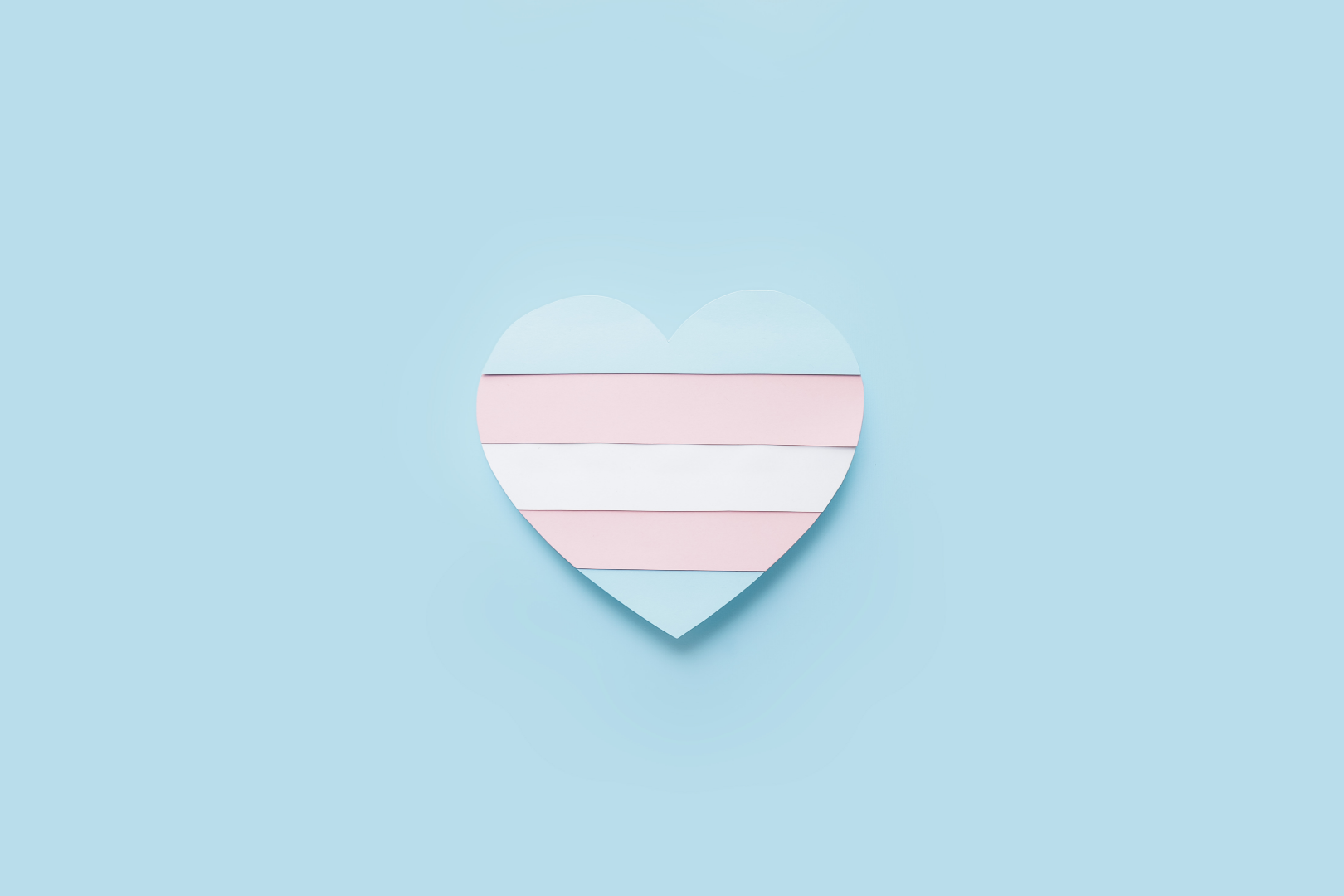 The inclusivity of trans women, trans men, non-binary people and anyone who does not conform to the gender binary is an essential part of modern intersectional feminism. The roots of the patriarchy existed long before the existence of modern human culture. Times have changed, sex has purpose beyond just reproduction, the distinction between women and men becomes increasingly blurred and unnecessary, we moved on from the discovery of fire and invented the electric oven, fundamentally we have come a long way in the last 3 million years. The oppression of trans people today exists in the same vein as the oppression of women in the 20th century. To embrace the uniqueness and potential of gender expression is to seek to deconstruct the binary, challenge the patriarchy, and inherently regain the control taken millions of years ago. In order for feminism to be truly intersectional, it must be trans inclusive, inclusive of those who challenge the very basis of the patriarchy. Our feminism must evolve as we do, without this, the quest for gender equality and equity will be an unresolved one. 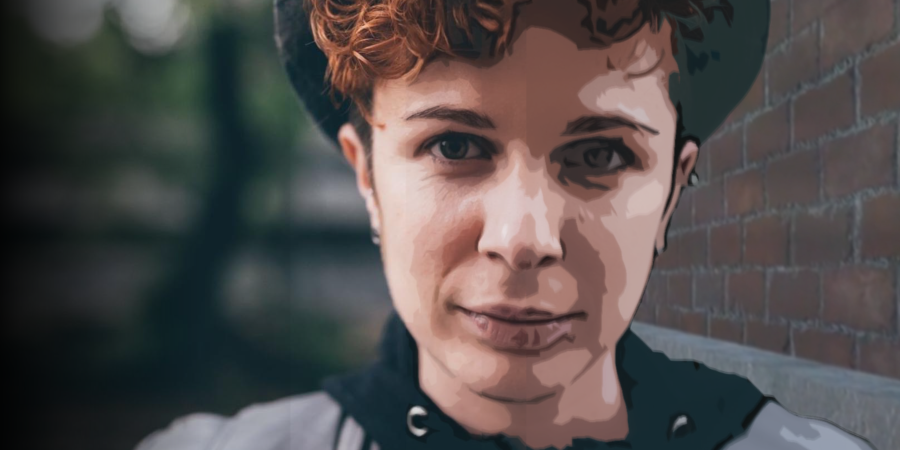 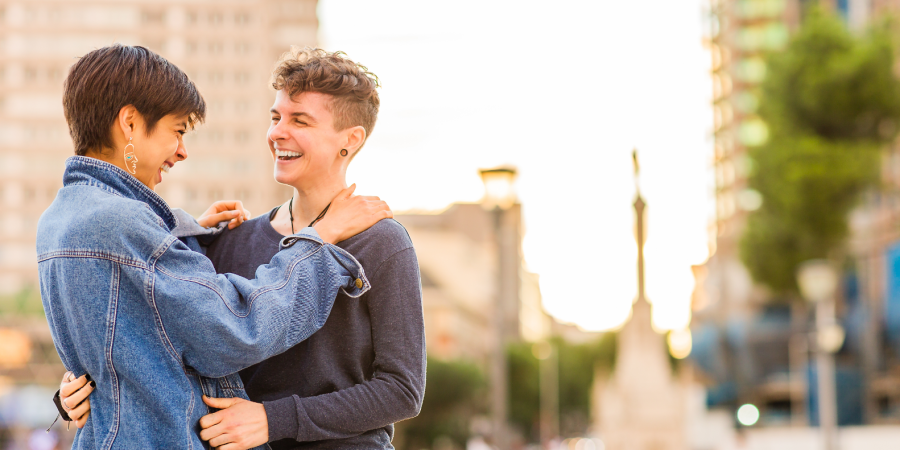 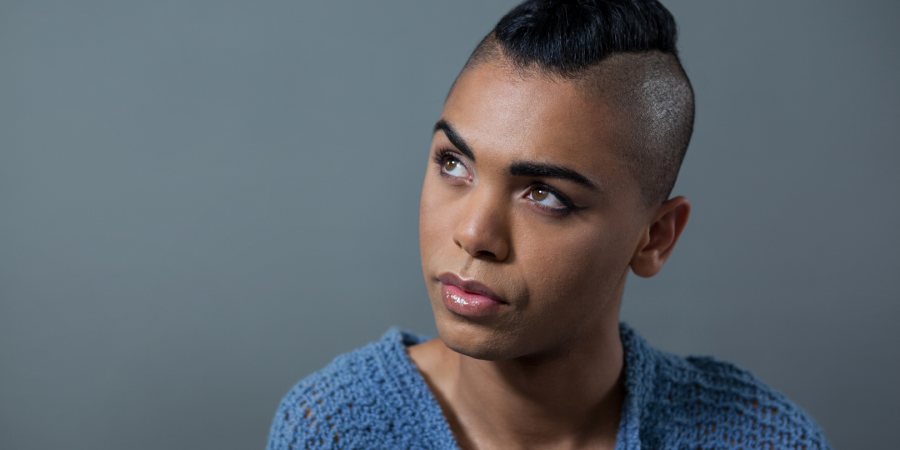